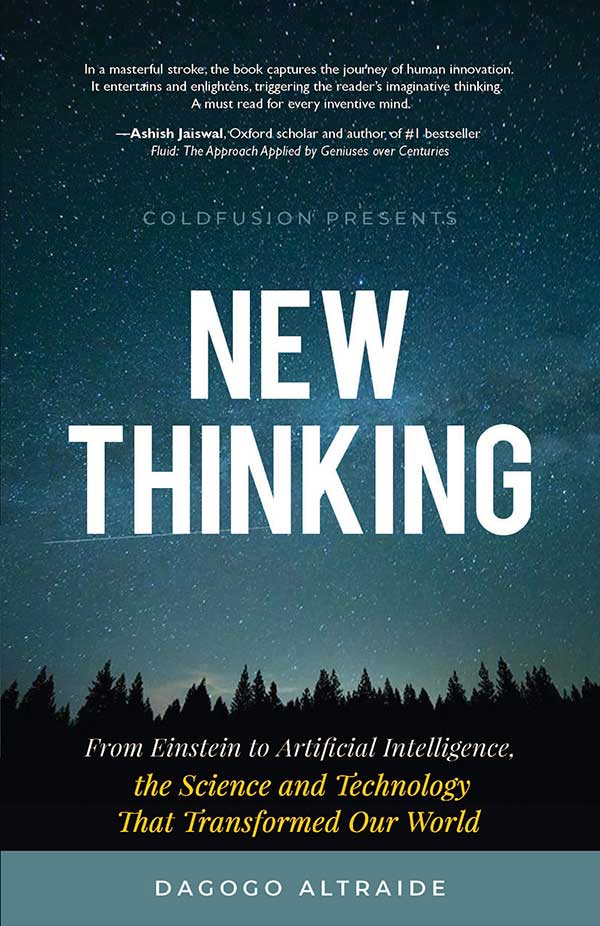 New Thinking: From Einstein To Artificial Intelligence, The Science And Technology That Transformed Our World

The hidden history of technology new thinking, brought to you by the mind behind the scientific YouTube channel ColdFusion, dagogo altraide, is the story of human innovation?the story of us. From the stories behind the steam engine revolution, the electric world of Tesla, the first computers, and the invention of the Internet and artificial intelligence, new thinking explores the hidden history of technology, unveiling the secrets that have shaped our world. New thinking brings you the stories of the men and women who dared to think differently, and who paved the way for future innovations. In New thinking: from Einstein to artificial intelligence, the science and Technology that transformed our world, altraide attempts to answer: how thinkers and innovators spawned creations beyond our wildest dreams how our modern world came to be and how war, politics and religion influenced the development of technology what the future might look like.