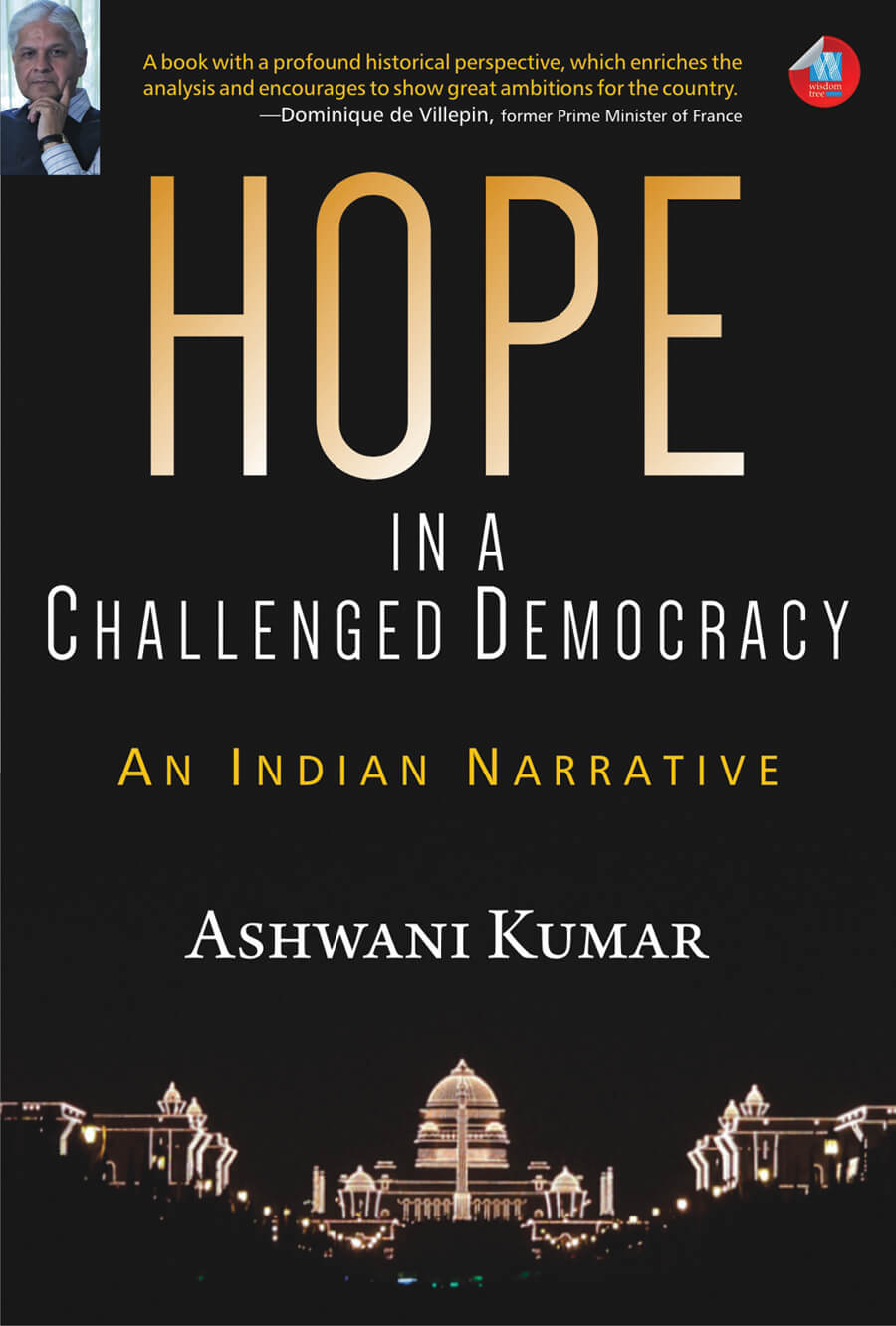 Hope In A Challenged Democracy: An Indian Narrative

A book with a profound historical perspective, which enriches the analysis and encourages to show great ambitions for the country. -Dominique de Villepin, former Prime Minister of France

Anyone invested in the future of democracy and the amelioration of the human estate, will be moved by Dr Kumar’s compelling plea that political process be guided by an unwavering moral compass. -Lou Marinoff, PhD, Professor of Philosophy and Asian Studies, The City College of New York

The book is a must-read for students of politics, philosophy and history. A tour de force indeed! -Lord Karan Billimoria, CBE DL, Member, House of Lords
Challenged and vibrant at the same time; noisy yet deafeningly silent on critical issues in the same instance and successful yet inefficient in matching the steps of a young nation–are dichotomies that succinctly sum up the state of Indian democracy today.

The book goes beyond semantics and critically analyses issues of fundamental importance in the framework of the dignitarian goals of the republic, the role of a 'living Constitution', the necessity of equilibrium between executive, legislature and judiciary, the role of media, importance of equitable growth, a responsive justice system and a rising India's engagement with the world. It provides a statesman's perspective on addressing challenges and optimising responses with a view to transforming our democracy as a true reflection of the collective conscience of the nation. Seeking to espouse a non-partisan view, the author–a distinguished lawyer, former parliamentarian and union minister–provides not only a practitioner's view on challenges faced by Indian democracy in the twenty-first century but also a thinker's substantive vision of the qualities of democratic leadership across the world.

Hope in a Challenged Democracy is a must-read not just for practitioners of statecraft and politics, scholars and intellectuals, but everybody who is concerned about the state of our nation and the world today.