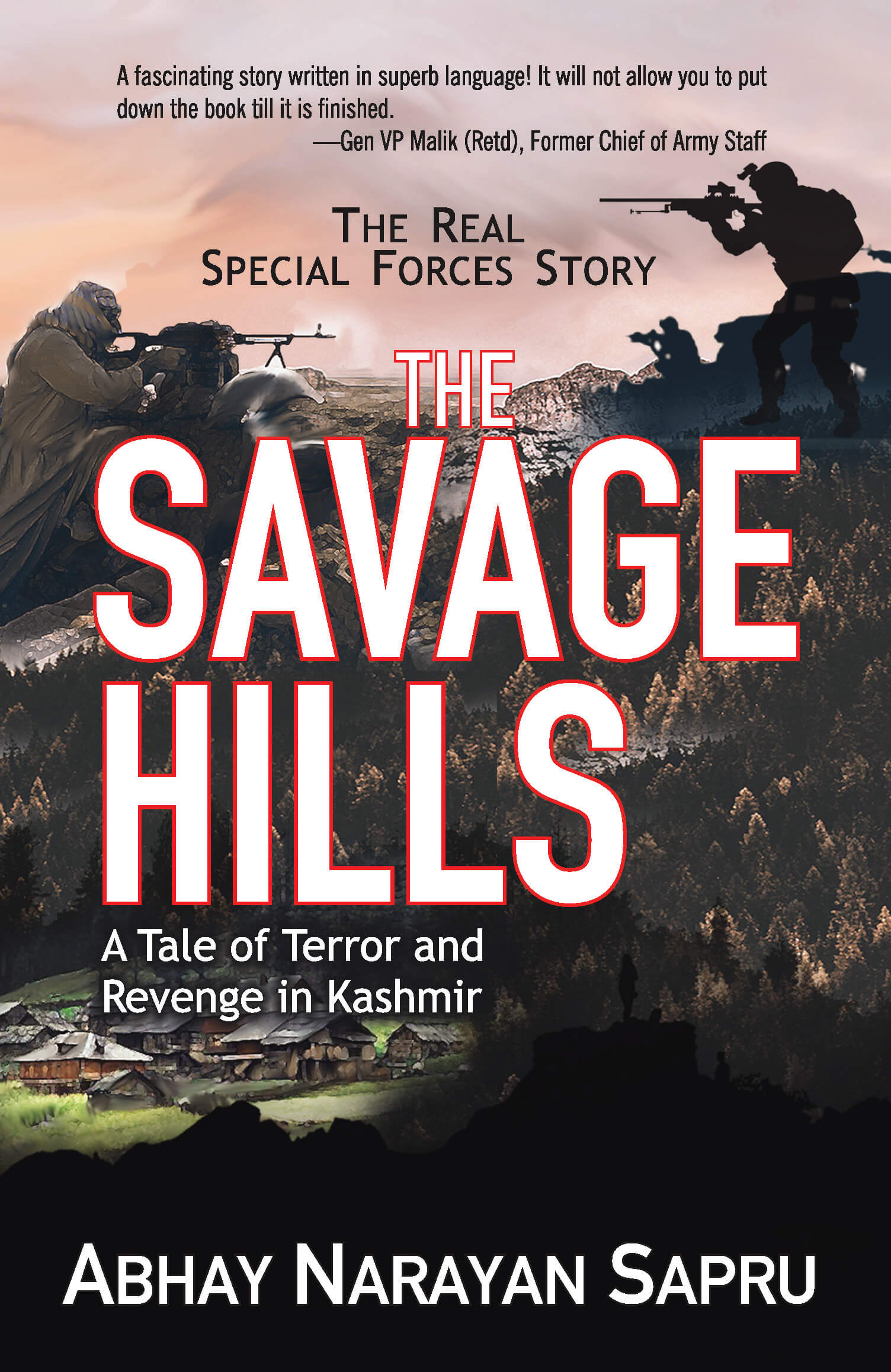 The Savage Hills: A Tale Of Terror And Revenge In Kashmir

INSPIRED BY EVENTS THAT UNFOLDED IN THE PIR PANJAL RANGE IN KASHMIR   Mountain stacked on mountain with the raging Chenab river meandering through. Daunting snow-clad summits, remote valleys and isolated hamlets, peopled by Muslims, Hindus and the migratory Gujjar tribesmen. The centuries-old peace between the two communities is about to be ravaged. Militancy has reared its ugly head and blood will be spilled; brother will fight brother. As the hills start burning with Pakistan-backed terror, there is vendetta being played out, with death and mayhem unleashed in its wake. Sucked into this vortex of violence and vengeance is Harry and his SF troop. Along the way, some foreign trekkers are abducted by an unknown militant group called the Al-Faran. Unbeknownst to all the dramatis-personae involved, their paths will converge violently with dire consequences for some.