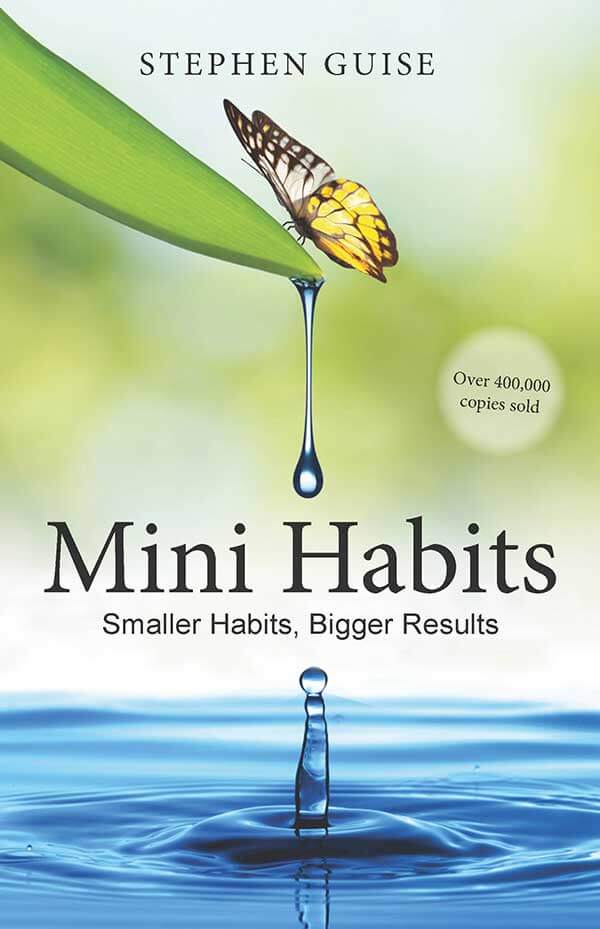 TOO SMALL TO FAIL.  People so often think that they are the reason they can't achieve lasting change, but the problem isn't with them—it's with their strategy. You can achieve great things without the guilt, intimidation, and repeated failure associated with such strategies such as ‘‘getting motivated’’, resolutions, or even ‘‘just doing it”. You can achieve great things with mini habits. A mini habit is a very small positive behavior that you force yourself to do every day; a mini habit's ‘‘too small to fail’’ nature makes it weightless, deceptively powerful, and a superior habit-building strategy. The strategy is created with the understanding that to make changes last, you need to stop fighting against your brain. When you start playing by your brain's rules—as Mini Habits shows you howto do—lasting change isn't so hard. Stephen Guise has been writing about personal growth since 2004 and founded the award-winning Deep Existence blog in 2011. Since he started sharing his ideas with the world, his well-researched articles have been featured on some of the world’s most popular websites, including: Lifehacker, Problogger.net, Tiny Buddha, among others. Fueled by his passion for personal growth and a penchant for in-depth research and analysis, Guise has developed an array of unconventional, result-driven ideas. In particular, his ideas of extreme willpower conservation, non-motivation-based action plans, multiple-cue habit formation, and ‘‘stupid small’’ steps have found great resonance with readers across the world.