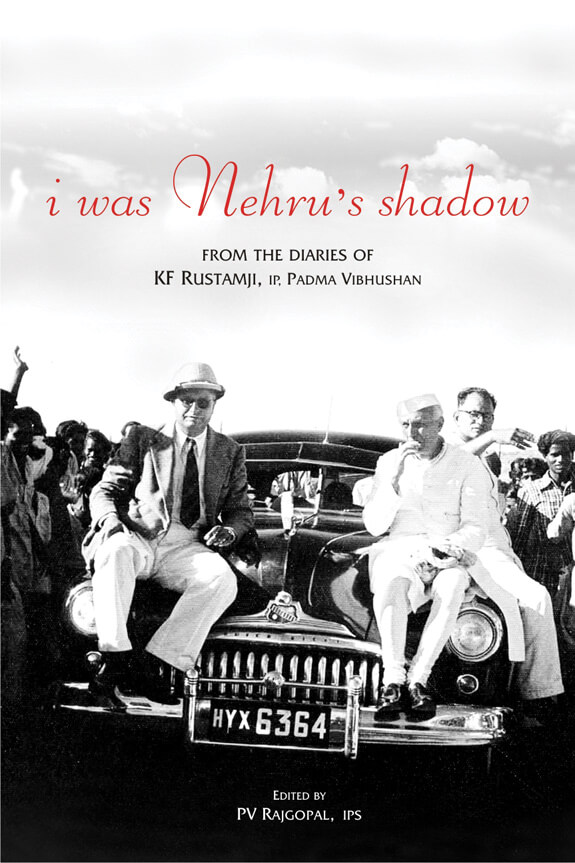 I Was Nehru's Shadow: From The Diaries Of Kf Rustamji (Ip) Padma Vibhushan

K.F. Rustamji, who was chief of the Madhya Pradesh police and later founder Director General of the Border Security Force (BSF), worked as the chief security officer of Prime Minister Nehru from 1952 to 1958. Rustamji maintained a diary right from the time he joined the service in 1938 and continued in it for more than three decades. He felt he was living in stirring times and the maintenance of a diary, wherein he recorded the news and his views in great detail, would help him to be more observant. P.V. Rajgopal has edited the material collected from 1,600 pages of Rustamji’s diaries pertaining to the period he was with Pandit Nehru and brought out a first-person narrative about one of India’s greatest sons of the last century. The day-to-day record, maintained by a man whose duty demanded he be close to Nehru, depicts the portrait of the subject captured though a close-up lens, as it were. Nehru himself said, in 1960, "I know Rustamji very well." And after a pause and an enigmatic smile added, "Rustamji also knows me very well." The book depicts, in a way, why Nehru paused and then smiled.