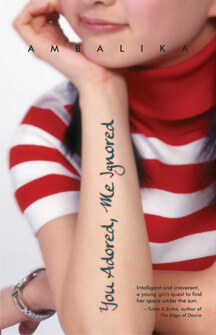 You Adored, Me Ignored

Anam wants to be...well...Anam. But as an unmarried and unemployed member of the Acharjya family, that is not something she has the liberty to be. Especially when The Clan—as she refers to them—insists on living like ministries of a government and is head over heels in love with Polly, Anam's cousin. Not believing in competing with Polly, Anam busies herself with her newfound work at the film festival. Life seems to have settled, until murder strikes, and fingers are pointed— at—who else but Anam. Anam finds herself dragged down by the question 'why me?' and in answering it, leaves behind quite a number of broken hearts...and heads.