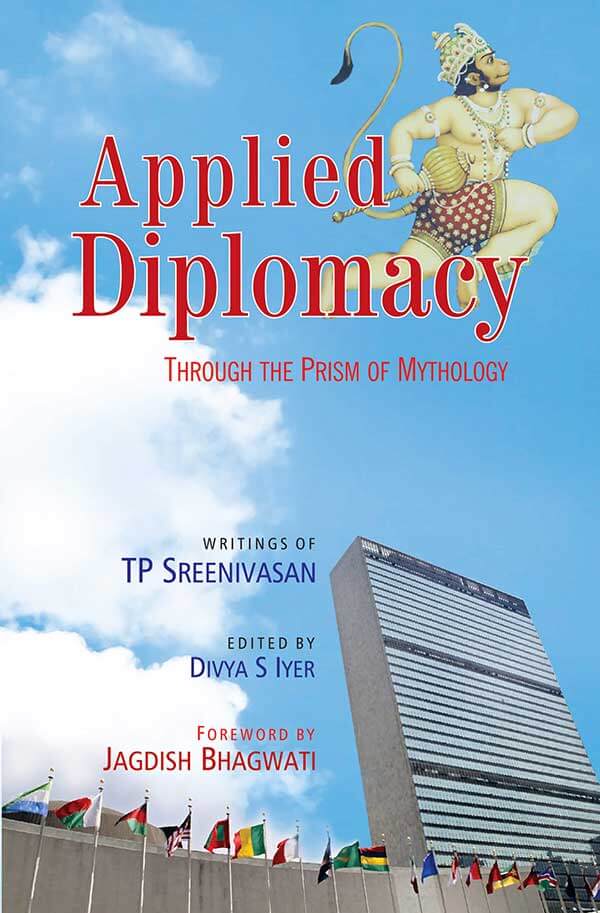 Applied Diplomacy: Through The Prism Of Mythology

Applied Diplomacy through the Prism of Mythology is a collection of the fine writings of former Ambassador T.P. Sreenivasan, curated from a bunch of riveting essays, commentaries and speeches delivered over the course of the last decade. The seven sections of the collection named after seven immortal sages contain seven essays each, establishing a link between diplomacy and mythology.

The essays in each section bear the imprint of a legendary sage, whose qualities and exploits get reflected in the context and content of the writings. The sages come alive through them in a way perceptible to not only those who are steeped in diplomatic practice and mythology, but also to other interested readers.

The essays throw light on a multiplicity of diplomatic issues that surfaced in the last decade in a manner, which only a seasoned diplomat, a deep thinker and a gifted writer could do. They are valuable to the future generations of readers, just as they were much appreciated when they first found expression.